‘Trump wants good relations with Russia, so threat of a nuclear conflict has been averted. On this one point his election is a serious positive’

First things first: Trump’s election was greeted by wild rumours in Galway that all the US multinationals would be forced by the new president to re-locate to North America. This did not happen under Obama, as was initially feared, and it will not happen under Trump.

Even if ‘The Donald’ wanted to – and he most likely does not want to ruffle the feathers of fellow members of the billionaire class – the 45th US president can only introduce minor incremental changes in the behaviour of the biggest banks, and the 500 most powerful global multinationals. So, it will be business as usual in Ballybrit, Parkmore, and Mervue.

Now to the election and its aftermath: Unquestionably Trump showed himself to be a boorish and odious individual, who played on the vilest prejudices to garner support. Despite being born and bred establishment he presented himself as the anti-establishment candidate. Clinton, in contrast, showed she was the mouthpiece of Wall Street and the Washington insiders. That is why she lost.

The one Democrat who could have won was Bernie Saunders. In a land where even the term ‘Liberal’ is a dirty word, he ran unashamedly as a “Socialist” gaining enormous popularity and would have been the Democratic Party’s candidate only for the skullduggery of Clinton and that party’s ruling clique.

Politicians and political commentators would have us believe that the “rise of populism” is the reason for Trump’s victory, but remember how Labour’s Pat Rabbitte told us that making empty promises is what politicians “tend to do at election time”. And that is what both Trump and Obama did to win their elections. Of course, they were appealing to different audiences. Trump was speaking to the impoverished, displaced, skilled workers, with promises of a renaissance in manufacturing: “Make America Great Again.” 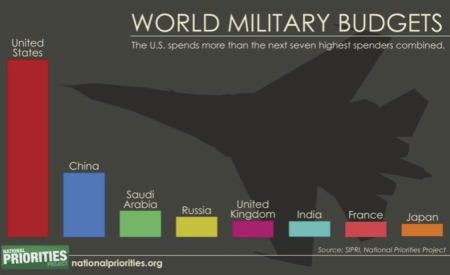 Obama appealed to poor minorities and the liberal middle classes and promised equality and justice in the USA and peace in the world: “Yes, We Can”. How meaningless this iconic slogan proved to be.

The total of his peace activities was summed up in the Waterford Whispers’ headline: “Obama hailed for torturing Chelsea Manning and then releasing her.” In 2016 this Nobel Peace Prize Laureate dropped 26,171 bombs – 72 bombs every day. As for minorities there was no pardon for Native American activist Leonard Peltier, who has spent the last 40 years behind bars, and none for Black writer Mumia Abu-Jamal, who has been in jail for 35 years.

Trump, Clinton, and Obama appealed to the same business elite. These election promises are always kept. President Trump has already shown that by placing billionaires, Wall Street, and Washington, insiders in powerful positions in his cabinet. The US trade unions are bracing themselves for an anti-working class onslaught. As Trump has already said: “Wages are too high…” and his minister for labour is opposed to a minimum wage.

Trump unashamedly played the racist card, but Clinton did not hide her innate racism, calling Black Americans “super predators”. Just a follow on from husband Bill Clinton’s mass incarceration of Blacks in the 1990s to the glee of private prisons. And the “Historic Black President” did not change this policy. Racial discrimination continued to grow under Obama: income inequalities between white and black workers increased, deadly police violence against Afro-Americans surged, and white vigilante assaults multiplied.

Trump’s vile anti-immigrant utterances and threats to expel three million people are much on a par with the actions of the “saintly” historic Black president, who deported 2.5 million undocumented migrants.

If Clinton had won the election there would be no protests. She is neither branded a racist nor a sexist. But what do you call someone, who along with Obama bombed and killed the poorest people on earth – irrespective of sex, sexuality, or colour – in Iraq, Afghanistan, Pakistan, Yemen, Somalia, and Libya? What do you call someone who pursued a policy of arming (via Gadhafi’s arsenals ) and encouraging the funding by the Gulf States of an estimated 37,000 foreign Jihadi fighters in Syria – who to a man, hate women?

Trump, Clinton, and Obama have one main goal: protecting and projecting US global power. However, Trump-the-businessman seeks to achieve it through economic means. Obama and Hillary Clinton preferred endless war to achieve this goal. This is the most significant difference.

Of course, seeking to impose US global power economically does not preclude war, and Trump has chosen some serious militarists to be in his cabinet, so Washington is not about to embrace pacifism. The new regime will also have to look after the profits of the powerful US military-industrial-complex. Its coffers bulged thanks to Obama’s military engagements from Eastern Europe to the Middle East and further to the South China Sea.

However that US strategy of isolating Russia and halting China’s development failed. Combined with Washington’s military defeat on the Syrian battlefield, Trump appears to recognise the need for change. Indeed, the failure of this global strategy is also reflected in the economic and social crisis in the United States itself.

Trump is no dove, but it appears he sees the need in today’s multi-polar world to seek a balancing of interests in competition and co-operation with other powers. How that will pan out remains to be seen.

One thing is certain, Trump, unlike Clinton, will not impose a “no fly zone” in Syria. He wants good relations with Russia, so the threat of a nuclear conflict has been averted. On this one point his election is a serious positive for the world. It is because of this change of policy – not his appalling sexism, racism, or mocking of the disabled – that we have witnessed the hysterical campaign of vilification against Trump, where he is bogusly presented as a Russian stooge. This is real ‘fake news’ being propagated by the establishment media.

People are questioning the media’s perceived truths. In the USA half of eligible voters abstain from a process that does not reflect their interests. More than 80 per cent of voters know their vote has no impact on political decisions regarding real issues: war and peace, domestic inequalities, and income distribution. And half of the actual voters reject traditional politicians. That is why it now takes a “first Black American president” like Obama or a “shock celebrity” such as Trump to win a presidential election.

Social media can provide an alternative view. Watch interviews Vladimir Putin has given to Western journalists urging a de-escalation of tension between the West and Russia and you discover he is not Vlad the Impaler. Neither is he a dictator, but the democratically elected Russian president. As a capitalist leader he is principally interested in trade. And hot and cold wars with the West do not enhance that.

In this, Trump, and his new Secretary of State Tillerson, the former CEO of the oil conglomerate Exxon, are in agreement with Putin, because they want a piece of the action in resource-rich Russia.

Since the election of Donald Trump the soothsayers of doom have been working overtime, but there is no sign of “Doomsday” as would have been the case with Clinton as US commander-in-chief. Hopefully soon the USA and Russia will be trading goods and services not nuclear warheads.