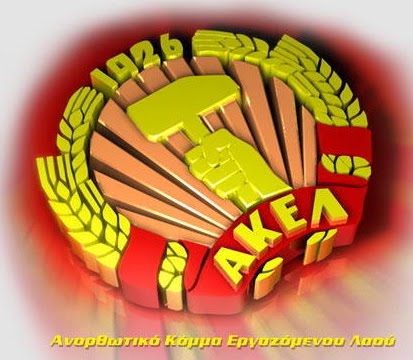 The day after of the Crans Montana Conference on Cyprus finds the landscape disturbingly bleak. What we can say with certainty is that the main goal has not been achieved, nor was the substantive step forward taken. Instead, we have moved away from the solution.

The main reason why a solution to the Cyprus problem has not been achieved so far is undoubtedly the long-standing Turkish intransigence and its expansionist interests. Unfortunately, in Crans Montana, our side failed to make use of the room that existed in the negotiations because of the proposals submitted by the UN Secretary-General, the European Union and, in general, by the international factor.

Immediately after the election of Nicos Anastasiades to the presidential post, AKEL proclaimed that it would not pursue a revanchist policy, but would back the negotiation procedure with all its strength. We did so because, as a patriotic and responsible Party, we put the interests of Cyprus and our people above all else.

We were stressing that the talks should have continued from the point where they had left off and not start from scratch. We were saying so not to vindicate ourselves, but because we believed that if the significant convergences that had been achieved until then were to be abandoned, the result would be either an endless negotiation or a change in the convergences for the worst.

All the other political forces disagreed with AKEL’s position and the President of the Republic followed the easy path of negotiations from scratch, in line with his opportunistic and pre-election commitment.

That policy collapsed a year later, with the Turkish exploratory vessel “Barbaros” roaming undisturbed now on our southern shores and with the United Nations Secretary-General submitting to the Security Council the worst report for the Greek Cypriot side since 2004.

The assumption by Mustafa Akinci of the leadership of the Turkish Cypriot community and the bringing back of the Christofias-Talat convergences led the President to pursue the same line as well. Since then, progress begun to be recorded at the negotiating table, though with reciprocal regressions. However, as we had warned, valuable time was lost, and in this course we also had a setback.

The Turkish Cypriot side’s long-standing position was that the territorial issue and subsequently the chapter on security should only have been discussed in the final phase and given that a conclusion on all the other chapters was reached. At a certain point, Akinci declared that this final phase was never coming and he agreed to discuss the territorial issue without a previous solution of the other chapters, something that was done in Mont Peleran.  However, at the moment when the percentage of land that would remain under Turkish Cypriot administration came within range of a convergence, the President broke off the effort for incomprehensible reasons, which raise many questions. Since then, a steady regression has begun. It is clear that, from that point onwards, communication considerations related to the upcoming presidential elections were, regrettably, evident in President Anastasiades’ handlings.

The second Mont Peleran failed. Under the threat of a final collapse, the convening of a Conference on Cyprus was agreed. AKEL had a different view with regards the possibility of a successful outcome, but also on the composition of the Conference itself.

Despite all this, given that this is what was decided by both leaders and the UN, AKEL again supported the effort, but always on the precondition of the safeguarding of the Republic of Cyprus.

The first phase of the Geneva Conference failed, given that the ground hadn’t been prepared. Consequently, it was decided to hold the Conference of technocrats again in Mont Peleran, precisely to prepare the next phase. However, with the conclusion of the Conference, we had the well-known negative development with the Enosis day referendum, which the Turkish Cypriot side used to break off the negotiation procedure. AKEL again did everything it could to salvage the procedure. Despite the fact that we disagreed on the substance with DISY’s well-known proposal to control school events, we voted for it in the House of Representatives. Instead of the President respecting our responsible stand, he referred to the Supreme Court, exacerbating the problem. The President’s demand followed for an agreement on guarantees and security, followed by an agreement on the territorial issue, set as a precondition for the rest of the chapters to be discussed. That is, this represented a return to the policy of “protaxis” (Note: the policy of setting “preconditions” that predetermine the results of negotiations) which whenever it has been pursued in the past, has failed miserably. It led to negative results this time as well, which is why it was abandoned.

Inconsistencies and regressions often characterize Mr. Anastasiades’ political behaviour, which in many cases has limited or even undermined the effectiveness of our side’s handling of the negotiating process.

Long before the second phase of the Conference at Crans Montana, AKEL pointed out that the appropriate way to proceed was the cross-negotiation of the core outstanding issues in all the chapters of the internal aspect of the Cyprus problem. The aim should have been to bring them within range of agreement and for the Conference to deal with the issues of security around which Turkey wasn’t in a strong position. Once again, unfortunately, our opinion was not heard. If this negotiating tactic was attempted in a timely and well-thought out way and not at the last moment before the collapse of Crans Montana, we believe that our side would have been seriously strengthened in the effort to achieve the fulfillment of the goals it was setting in the negotiation.

AKEL’s sole concern all through the duration of the Conference at Crans Montana was to assist as much as it could the effort to achieve the decisive step forward, opening up the prospect of a solution.

We knew that there it wasn’t possible to reach an overall settlement. AKEL’s aim was for us to take the decisive step forward so that the solution procedure would be irreversible. If we wouldn’t achieve it, at least the procedure shouldn’t have to collapse. If even this couldn’t be achieved, no one shouldn’t be able to apportion responsibilities on us.

Above all, Turkey’s insistence on unacceptable positions didn’t enable us to register the expected progress.

We sincerely hope that the procedure has not collapsed and that we shall have a continuation. That’s what we need to focus on now. We doubly wish that the President’s confidence that the sole responsibility for the failure belongs to Turkey and the Turkish Cypriot side, will be reaffirmed by the United Nations and the European Union.

What takes precedence at the moment is to address the day after. The presence of 40,000 occupation troops is continuing and the de facto partition and abhorrent Treaties of Guarantee and Alliance remain valid, the refugees are enduringly awaiting the return to their homes and properties. If what has happened is considered as the end of the road for the current negotiating procedure, a report will follow recording developments to the UN Security Council. All this, combined with the imminent drilling in the exercise of the sovereign rights of the Republic of Cyprus, are issues related to the day after.

Turkish aggressiveness is given, and certainly Turkey, as the occupying power, bears the main responsibility for the failure of this effort. Particularly worrying is Turkish Foreign Minister Cavousoglou’s statement that a solution must to be sought outside the parameters of the United Nations.

The goal remains the addressing of all potential negative developments to the detriment of Cyprus and the Cypriot people. Towards this end, AKEL is already taking initiatives. This must be pursued with collectivity and unity. This unity can only be forged based on the long-standing positions of the National Council and in particular on the unanimous National Council communiqué of September 2009. Vague proposals such as changing the strategic goal of a bizonal, bicommunal federation not only harbor dangers, but will lead our homeland and people to dangerous adventures.

AKEL addresses the Cypriot people, Greek Cypriots and Turkish Cypriots, calling on them to struggle to keep the prospect of a solution alive. Our own promise is that we shall continue the enormous effort for a solution, liberation and reunification to the very end.