This appeared in the Morning Star 14 November 2019

We need to think how socialism can be defended

ABOVE: We just say thank you!

Germany’s left-wing daily paper Junge Welt (Young World) – media partner to the Morning Star –braved calls for it to face investigation from the Staatssicherheitsdienst (State Security Service) for its front-page issue which paid tribute to the factory workers militia (Kampfgruppe) which played an important part in defending the internal security and borders of socialist Germany.

WHEN thousands of people streamed through the Berlin Wall 30 years ago it seemed to signify the defeat of an ideal, the end of an ideology and a value system. The Berlin Wall — or as it was described in socialist Germany, the Anti-fascist Protection Barrier — marked the boundary between two totally opposed social systems.

1989 ended the first era in which full public ownership defined the economies of any European state. The demise of the first anti-fascist state on German soil — in the modern context of the wholesale dismantling of socialism on our continent — raises vital questions which the working-class movement has yet to tackle.

If by revolution we mean a complete change in the way in which society is organised then the events of 1989 were a complete counter-revolution.

This was not the first successful counter-revolution in Germany.

In 1918, in the midst of imperial Germany’s defeat, the naval command prepared to mount a last-ditch battle. War-weary sailors mutinied. The revolt spread from the ports of Kiel and Wilhelmshaven. Workers in the north of Germany and in the Ruhr industrial districts set up Workers’ and Soldiers’ Councils on the Soviet model. Bavaria was reborn as a volksstaat or people’s state. The Kaiser capitulated and by November 9, 1918, Germany was a republic but suffused by class struggle.

A confused period of contested power and in January a revolutionary crisis, when the Berlin working-class movement bid for power, led to renewed uprisings in the Ruhr, the Rhineland and in Saxony.

Disastrously, the new Social Democrat ministers teamed up with the military command and mobilised the right-wing Frei Korps who murdered the revolutionary leaders Karl Liebknecht and Rosa Luxemburg. The German workers’ revolution was defeated.

The succeeding years did nothing to resolve the intense class contradictions in Germany and it was their inability to maintain control through the Weimar republic’s formally democratic institutions that led the German banks and big business to entrust power to the nazis.

The 12-year nazi period from 1933 saw the destruction of the workers’ movement, the fierce repression of Communist and Social Democratic parties, the imprisonment and death of thousands of political prisoners and the systematic genocide of Jews, Roma, homosexuals and the disabled.

While the Russian revolutionaries held on to state power the 1918 German revolutions established local organs of working-class power but were unable to establish socialism. In Germany, the construction of a socialist state only became possible with the defeat of fascism.

The boundary of the East German socialist state — in territory the revanchist right still call Mittel Deutschland, to signify their aim to reconquer their lost eastern lands — marked where the allied armies met.

It was not until the 1970s that the Western German capitalist state ceased to assert that the pre-war boundaries — which included parts of Poland, Czechoslovakia and the Soviet Union — were legitimate under international law.

Without the French, US and British armies the discredited German ruling class would have had a hard time hanging on to power. Without the Red Army the eventual establishment of a socialist state on German soil would have been no easier. As it was, the creation of the German Democratic Republic was not the Soviet intention. It was the rejection by Britain, the US and France of Stalin’s March 1952 proposal for superpower disengagement and for a neutral Germany that cemented the cold war confrontation as a permanent feature of European politics.

In the East, the Communists and Social Democrats merged to form the Socialist Unity Party (SED) which ruled in a political set-up that did not allow for the revival of pro-capitalist parties. In West Germany, the Constitutional Court banned the Communist Party on the grounds that its socialist aims were fundamentally incompatible with the Basic Law, its Bundestag deputies were deprived of their mandates and under the so-called “berufsverbot” thousands banned from holding positions in the civil service, education and administration.

In 1945 Stalin said: “Hitlers come and go but Germany and the German people remain.” To begin with, he wanted a demilitarised and united Germany. The creation of the German Democratic Republic was more the result of the demarche by the Western powers in setting up the West German state.

While millions of East Germans regret the passing of their way of life, and many think socialism is a superior system, the annexation of socialist Germany into an enlarged Federal Republic of Germany within borders circumscribed by the French, US, Soviet and British allies is a fact.

It is reflected in the dismantling of East Germany’s industrial base, privatisation, the restoration of private property rights and dissolution of the socialist agricultural system, mass migration and a systematic exclusion of committed socialists from the state apparatus, diplomatic service, education system, military, intelligence and police.

But what is the contemporary significance of 1989’s events? In these days the mass media is suffused with images of the GDR as an “illegitimate state,” as a Stasi state defined exclusively by its security system. At the same time the persistence of positive evaluations of the GDR by both generations who grew up in it and those who have come to adulthood since its demise worry bourgeois journalists and politicians.

No-one should idealise life in the GDR. The first lines of the GDR national anthem, created by the anti-fascist poet Johannes Becher and the communist composer Hans Eisler — “Risen from ruins” — tell the story.

The larger and more industrial territory in the West was massively recapitalised by the Marshall Plan while East Germany lost a large portion of its industrial capacity in postwar reparations to the Soviet Union.

Coming to terms with these limitations is still difficult for some people. A few years ago, at the congress of the Party of Democratic Socialism (now Die Linke), I fell into discussion with a party leader who tried to convince me that the socialist state’s economy compared unfavourably with that of Western countries. The chosen example was the tired old cliche — endlessly repeated — that bananas were difficult to obtain in the GDR.

They had no conception that the relative abundance of tropical fruits in developed capitalist countries was the function of neo-colonial economic relationships, no understanding that this is enshrined in the EU’s unequal trade deals with producer countries and no grasp of the reality that a handful of transnational capitalist monopolies control this production.

In short, they had no conception of imperialism as an economic system and that, by virtue of its socialist economy, the GDR was outside this charmed circle of integrated capitalist production and distribution.

It took a good while before the GDR was able to establish the economic basis of a reasonably comfortable life. Industrial reconstruction and housing were massive problems, food supply less so while the health, education, media, local administration and justice systems were quickly re-established on progressive lines. Political education directed at eradicating nazi ideology was reinforced by a firm domestic intelligence regime organised by anti-fascist veterans and an extensive network of politically committed activists while a well-organised factory workers’ militia was a physical guarantee that the system had a popular defence capacity.

Not surprisingly nazis, and a big part of the social elite, took flight to the West. Indeed, American intelligence had taken over the East-facing nazi intelligence apparatus lock, stock and barrel even before the final defeat.

This became the West German Bundesnachrichtendienst (Federal Intelligence Agency). The big business elite that had brought the nazis to power quickly re-established itself as firm supporters of the anti-socialist Nato alliance. That the West German state and military were riddled with former nazi functionaries including military chiefs and top ministers was a constant embarrassment.

In the East, such former nazi functionaries who had relatively clean records were integrated into the political system through the National Democratic Party which, alongside the SED, a middle-class Liberal Democratic Party, women’s, youth, peasants and trade union organisations made up the People’s Chamber or Volkskammer.

The big problems for the GDR were economic. Food, housing, transport and so on were highly subsidised in distinction to the free-market regime in the West — which made a common currency highly problematic. Meanwhile there were powerful material incentives for more highly skilled workers and middle-class professionals to benefit from the more socially stratified labour market in the West. It was this serious crisis of migration through a lightly policed inner-German border which led in 1960 to the erection of the Berlin Wall. 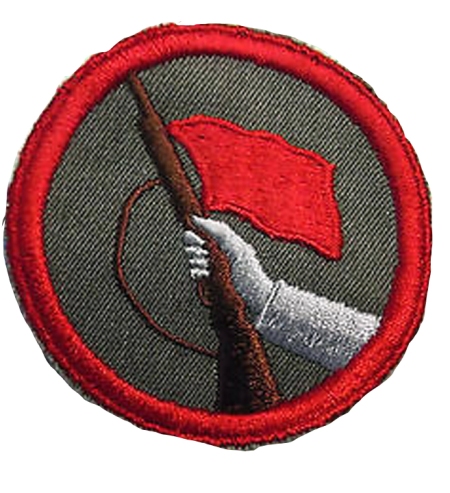 It says something about the organisational discipline of the socialist state and the workers’ movement that the wall was constructed by soldiers of the People’s Army and armed workers from the factory Kampfgruppen without the hordes of Western intelligence organisation in West Berlin either anticipating it in time or being able to impede it.

As the frontier between two sharply antagonistic social systems the inner German border was a dangerous flashpoint in the cold war and regulating it both stabilised the political system and then was the foundation of the GDR’s quite miraculous economic recovery.

Der Spiegel, the leading West German politics magazine, worried a few years ago that “the majority of East Germans feel life was better under communism and that glorification of the German Democratic Republic is on the rise two decades after the Berlin Wall fell. Young people and the better off are among those rebuffing criticism of East Germany as an ‘illegitimate state.’ In a new poll, more than half of former eastern Germans defend the GDR.”

But Ostalgie, a nostalgia for the lost tranquility and security of life in the GDR, is no help in devising a new strategy. We live in new conditions in which socialist advance can only take place as a resolution of the contradictions in capitalism as it actually exists.

The relatively violence-free transition from a socialism, which even after three decades of vilification still enjoys high levels of approval, to a capitalist system which is even more widely disparaged, presents contemporary socialists with a theoretical problem.

How is it that it is impossible to conceive of a peaceful transition from capitalism to socialism — or even make modest advances in that direction — without the bourgeoisie and imperialism raining ruin and even war on any state that tries it, yet the counter-revolution in Europe took place with only a marginal loss of life?

At one level the answer is simple. The entire edifice of state power rested in the final analysis on the security guarantee that the Yalta Agreement between Churchill, Stalin and Roosevelt gave and when the Soviet leadership unilaterally abandoned this there was little the ruling parties, whose political authority had diminished, could do about it.

The critical question is why was working-class political power so hollowed out? It was not so much overthrown as abandoned. The working class proved unwilling, or too weakly organised, to defend the institutional bases of socialism while the instruments of state power had no desire to undertake the kind of repression which we routinely expect from capitalist regimes under existential threat or from their imperialist protectors.